Skip to content
In order to mean something, objects need stories attached to them

In order to mean something,
objects need stories attached to them 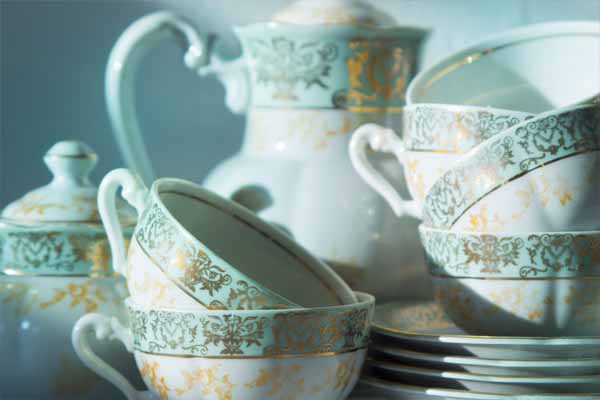 One of the lessons we try to instill into our clients is that if an object is to have meaning to your loved ones after you are gone, it must have a story attached to it. A vase is just a vase, until you know it belonged to your great grandmother when she homesteaded in Western Nebraska.  A military trunk is just a trunk, until you know it belonged to your grandfather who fought in WWII at the Battle of the Bulge.  A crocheted tablecloth is just another piece of handiwork until you remember that it was on the table at each and every Christmas meal you shared with your family growing up.  The objects themselves are not all that rare – what is rare (and meaningful) is the story behind the objects.

I’ll never forget sitting in a client’s living room back in 2012.  They were moving out of their large family home (typical situation – 4 bedrooms, 2 story house with a full basement, they’d lived in it for 40 years), and going to a retirement community in Omaha.  We were helping them to sort in preparation for their move and subsequent estate sale.

She and I were going through a box of dishes that had come down out of the attic.  The dishes were wrapped in newspaper from the 1970’s.  As we were unwrapping them, she expressed dismay that none of her four children wanted these dishes, which had belonged to her mother.  “Of course they don’t want these dishes – they’ve been up in the attic for the last 40 years!” I thought, although I was much too polite to say this to our client.

But you see – the children didn’t attach any special meaning to these dishes, because they simply hadn’t seen them around growing up.  These were just old dishes in a box – no story, no memories attached to them.  They were much more likely to want to keep a set of dishes that they had grown up using – dishes that had memories attached to them.  And here’s the rub – our client didn’t particularly care about these dishes, either, because she hadn’t cared enough for them to use them or display them in her home.  She just felt too guilty to get rid of them, so she kept them out of obligation, which is why they ended up in the attic for the last 40 years.

When we have kept things out of guilt, we are surprised – even offended – when others don’t feel that same obligation to keep the items.  But we must remember that feeling is unfounded.

So, if there are pieces in your home that you hope to pass on to loved ones, start using them now, talking about them now, attaching stories and meaning to them now.  That’s the only chance that the object will mean something to those you leave behind.