The best keepsake of all 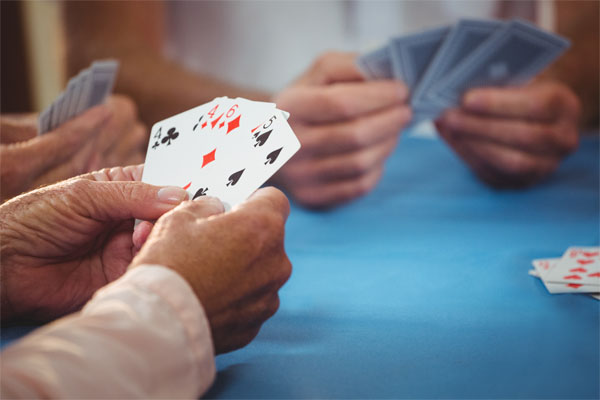 I had a moment of clarity the other night while playing a card game with my 8-year old daughter. She and I often play a hand or two of a card game my grandfather taught me called “Golf” before she goes off to bed.

My grandfather passed away in 1994, at the age of 80 (he was born in 1912). I was 11 years old at the time. I have fond memories of playing cards with my grandfather, and those memories have been re-enforced by stories I’ve heard told by other family members about what a great card player he was.

I started to look around my house to see what objects I have that belonged to my grandfather, and I wasn’t able to come up with much. I have an old milk can from his farm, which I use as a piece of decor in my basement living room. I have plenty of photos of him and his family. But that’s about it. I have more keepsake items from my grandmother, but not as much from him specifically.

But here’s what I realized, the other night, playing cards with my 8-year old daughter: this card game that he taught to me 30 years ago is the best memento I could possibly have of him. I think of him each and every time I play it, and I can’t help but get a little choked up when I reflect on what he would think of me playing it with my daughter in the year 2019.

The best memories don’t always come from objects. And a keepsake doesn’t have to be a thing. A keepsake can be an activity, a feeling, or a lesson. It can be a recipe, a joke, or a story.  Those are the best keepsakes of all, and they take up no space in our homes, but fill up a lot of space in our hearts.